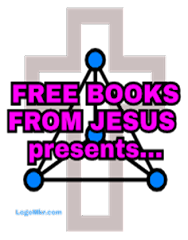 👀 LOOK WHAT I DID! It's been a long time since I added to my blog! This will be short! My adventure with self-publishing my first book is over. Check out my new website... www.freebooksfromjesus.com  I will really be giving away everything I post...for FREE!                That's what Jesus told me to do, so I am complying. Have fun with the books and activities...several are in power point form.                              PRESIDENTS AND KINGS This is Marshmallow Hattie’s second book in the HOLIDAY…ING with Jesus series which helps 3–7-year-olds understand how Jesus is always with them to help them in tough times and celebrate good times. WWJD? Grandparents, parents, and siblings are welcome to read it, too. There is a lot more, and it's all for free! All of my websites are a work in progress! I will continue to add as long as I am upon this earth. PLEASE USE THIS BLOG TO AGREE OR DISAGREE WITH MY INTERPRETATIONS AND IDEAS. I WELCOME CORRECTION IF I AM WRONG A
Post a Comment
Read more 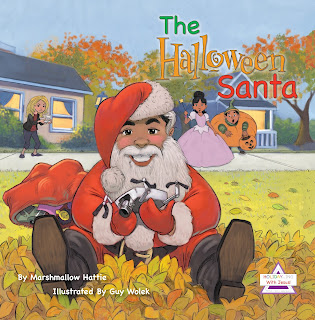 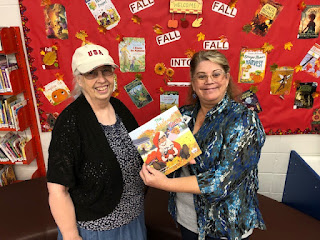 AT LAST!   From 1982 to 2006 I worked at the Emmett Public Library. It was the best job anyone could ever have! The only thing I didn’t like was the politics…I had to deal with City Hall as the library director! I helped to process book after book to take a place on our book shelves. As a part-time writer, I dreamed of having my own book on one of those shelves. I finally did it! I gave one of my THE HALLOWEEN SANTA books to Alyce Kelley, who took over for me as library director fifteen years ago! Now my tiny, thin paperback will have its own designated place on the numerous bookshelves among thousands of other children’s books! I also put a copy of my book in a “plastic bag saddle bag” slung over a red toy wooden horse. The companion “plastic bag saddle bag” contained marshmallows, of course! This horse was given to the libra
2 comments
Read more

THE LORD IS SO, SO GOOD TO ME!

- October 26, 2021
THE LORD IS SO, SO GOOD TO ME!   I have been stressing out the last three months over the self-publication of my first picture book for children. It will be ready to buy just after Halloween and I am not ready! ·        I do not have a book launch team (at least 70 people I can send a PDF of my book to for them to read and write a comment or review about it). ·        My new marshmallowhattie.com website is not ready to post. ·        I missed my target of having the book to hand out to trick or treaters on Halloween! ·        I’m having a tough go to getting my new non-profit organization set up… FREE BOOKS FROM JESUS…where I give my book away to children and encourage others to buy it on amazon.com to give them away! ·        Etc.    I could fill a book of the things I need to do! I can let myself be stressed, or I can give it all to God. I have discovered I can relax. God has been planning my next moves for the last few weeks. Things will fall into place if I am p
Post a Comment
Read more

- October 15, 2021
Marshmallow Hattie Be on the lookout for my new website. It should be up and running by Halloween, 2021. It will introduce my first children’s picture book that I will be giving away for FREE! That’s why I have neglected this blog for so long. Sorry, about that! Miss Marsha
Post a Comment
Read more
- June 19, 2021
💗  GOD CREATED ADAM , a human, out of dust…and Eve out of Adam’s rib, because God wanted companionship and a person to maintain God’s order. This happened only 6-8,000 years ago, according to the Bible. Adam and Eve’s job was to glorify God and His creations…to care for them.   Adam and Eve gave into TEMPTATION.   Sin overwhelmed the world. God was sorry he ever created humans, so He destroyed everyone in the Great Flood. He kept one family, however…Noah had always obeyed God. So, through Noah, new life began…a second chance for humans to worship their maker.   Many did…among them were Moses, Daniel, Abraham, David, etc. But multiples more did not worship God as they should. They thought only of themselves. They did not realize what a loving and giving God they had.     💗💗  GOD gave us another chance.   GOD BECAME JESUS , a human, because He wanted to unify all nations of His children in turning from sin to start a new life glorifying their maker, as Adam and
Post a Comment
Read more

A PRAYER   Dearest Lord Jesus, My Lord, my Father, my King, my Creator, my Guide, my Mentor, my Companion, my Savior…I come to you tonight with normal, everyday problems, as usual. I need to first thank you for dying on the cross for me and for mankind. You have washed away every sin I have confessed to you. I need to think of more of my transgressions so I can have them cleaned by You, too. In the past, I would think of those bad thoughts and let them fester within me. Now, I feel so good after I confess to You…I can finally let go and have peace in my heart. I wish other people could experience that calming feeling…especially members of my family. You can make a gloomy day brighter. You can take away pain by us giving it to you. Yes, we have to let go of it, or we will continue to hurt. You are so willing to receive our problems. Your magnificence is too great to ever imagine, because You are ready to do this for every person on this earth. Your presence is everywhere. Ea
Post a Comment
Read more
More posts